Before Radio Caracol, university students from Santander denounced that they had problems with the benefits granted to them through the “zero-registration” programme. According to what the young people confirmed, despite receiving those educational grants, the bills started arriving at their homes during the period they were studying in their entities. The Ministry of Education responded to the complaints and confirmed that it had already withdrawn some students from the allowances for not complying with the requirements.

Jorge Luis Herrera, the father of a young man in his final semester of microbiology at the Industrial University of Santander (UIS), confirmed that he had received a receipt saying he had to pay $400,000 for his son’s education. The same situation went through Eduardo Sanchez, the father of a student of philosophy. The young woman is on an exchange in Spain and is in her seventh semester there. His father earned an account of collecting three million pesos. And if this price is not paid, he commented to the station, his daughter will not get the grades of the last completed period.

These two cases are not the only ones, on the contrary, 295 students were withdrawn from benefit. According to the responsible government dossier, approximately 300 young people belong to the Industrial University of Santander. It should be noted that this advantage was achieved after the citizens’ demonstrations that began in April 2021. The program pledges to young people belonging to the first and second classes not to pay the costs of the semester at public universities in the country. 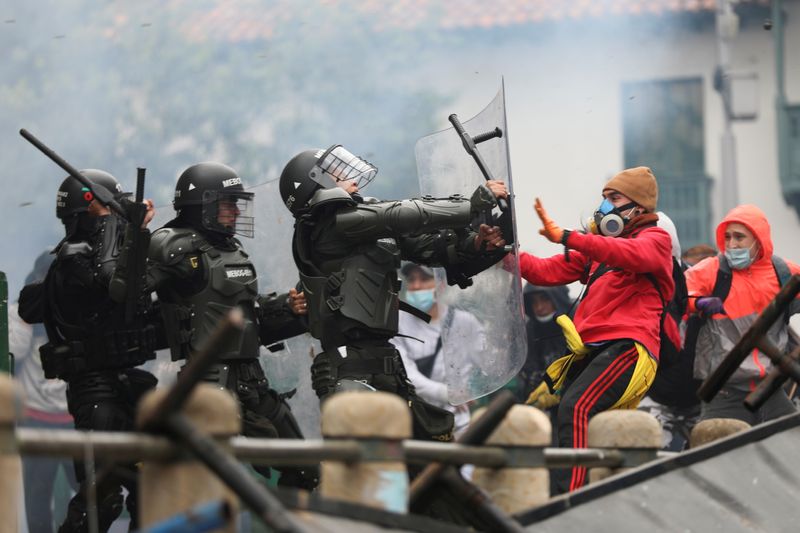 For the second semester of 2021, i.e. the immediately preceding semester, it was necessary that young people who wanted access to the “Matricula Cero” be enrolled between classes 1, 2 and 3. Likewise, they had to fulfill requirements such as for being Colombian, not having a university degree, Do not study two or more undergraduate programs at public higher education institutions where they have already gained an advantage and are not beneficiaries of another national government program. This was explained by the Deputy Minister of Higher Education, Jose Maximiliano Gomez, to the station.

According to Gomez, when checking what happened with 295 students, it was found that irregularities were found that forced the entity to withdraw them from the program. 107 of them, for example, already have a university degree, 48 of them are studying a dual undergraduate program at a university other than the UNESCO Institute for Statistics, 114 are supported by Generation E and another 26 are not Colombians. All these breaches are sufficient to withdraw the scholarship. Gomez, before filing complaints, called on applicants to be familiar with the program they are offering before approaching.

For its part, the Industrial University of Santander confirmed that in the last semester of 2021, it had 20,653 students enrolled in undergraduate studies, 18,268 of whom benefited from government scholarships. This, in other numbers, highlights that 86% of its students were studying for free. 2,090 students, for example, could not get the benefit because they reside in homes on 4, 5 or 6 levels not covered by the award.

Around September 2021, Colombian President Ivan Duque asserted that “zero enrollment” was the “greatest educational achievement” achieved for the country. “These support measures for the benefit of the most vulnerable Colombians, in response to the pandemic, have been supplemented by far-reaching measures in line with the pillars that we have defined since the beginning of my mandate, It aims to create equal opportunities in our society, within the legal framework, and thus move towards greater justice.”highlighted.

Convicted of involvement in a terrorist attack at the General Santander Cadet School
In this legislature, only 6% of bills introduced in Congress become laws